December has been a banner month for XRP, the native asset of Ripple. The first surge took place Dec. 12-13, wherein Ripple leapt 84 percent—from $0.27 to $0.51. In the days that followed, it grew again, finding a resistance barrier around the $0.75 mark. Then, yesterday, Ripple shot for the moon again, surging 64 percent in 17 hours past the $1 milestone, progressing all the way to $1.37.

Pretty astounding for a coin that began December trading at $0.24. A little over a dollar might not immediately sound like a huge change, but that’s well over 400 percent growth in one month. Though we witnessed a major drop-off yesterday, wherein the overall cryptocurrency market cap dropped by as much as 20 percent, Ripple has been hit proportionately less than others, remaining above its yesterday mark.

So what’s causing this explosion in price? Here are 5 reasons.

1. Rise of the Altcoins

Late-November saw Bitcoin crack $10K, and shortly thereafter the announcements of bitcoin futures trading on Cboe and CME. The attention that ensued—both from the media and mainstream—has been unprecedented in the world cryptocurrency, drawing hordes of newcomers to the space.

Many of these newcomers begin their crypto journey on popular brokerage Coinbase (more on this in a minute). For most of December, Coinbase only supported three cryptocurrencies: Bitcoin (BTC), Ethereum (ETH), and Litecoin (LTC). Of those three, most investment has traditionally poured into BTC and ETH, but early this month, we saw consumers graduate to Litecoin, causing severalmajor jumps, peaking at $390 before coming to rest around $320.

Now that Litecoin has hit its initial resistance barrier, the natural impact has been that motivated participants have sought new avenues for investment. This has precipitated wild growth among many different cryptocurrencies, including: TRON (TRX), Cardano (ADA), Stellar (XLM), Bitcoin Cash (BCH), QTUM, Verge (XVG), and Reddcoin (RDD), among many others—bringing the overall cryptocurrency market cap to a record high of $611B before the Bitcoin drop-off we saw yesterday, which brought it back to $508B at the time of this writing.

As one of the oldest, most established and time-tested cryptocurrencies, it’s no surprise that investors turned to it early in their crypto investing.

As a team of finance, technology and fintech veterans, Ripple has demonstrated a clear understanding that an emphasis on partnerships and customer acquisition is an invaluable way for emerging technology companies to thrive.

Ripple now has over 75 commercially deploying customers—and over 100 currently on their roster. But more than just establishing a customer base, Ripple has used strategic partnerships to generate buzz. For instance, the recently announced partnership with American Express was many Americans’ first encounter with Ripple—and immediately situated the brand as a reliable financial service, rather than a weird or intimidated new technology.

While these efforts have generated organic press, Ripple is also clearly doubling down on its media effort—with coverage ramping up over the past month. More notably, last week the San Francisco company hired Tom Channick, the former corporate communications manager for Facebook’s advertising and business integrity unit, as its head of communications.

Asia plays a key role in this strategy. As Ken Rapoza pointed out, Asians are “going mad” for Ripple. This is not an unfounded claim; last year, Ripple partnered with SBI Holdings to launch SBI Ripple Asia to serve markets in China, Japan, Korea, Taiwan, and ASEAN countries by establishing a dedicated sales and engineering group tasked with selling and installing solutions for cross-border bank payments.

“People feel comfortable with its name and the technology behind Ripple,” said Trevor Koverko, CEO of Polymath, in an interview with Rapoza. “A lot of people are beginning to realize how big of an opportunity there is between business and the blockchain…and that’s making Ripple the early winner here.” 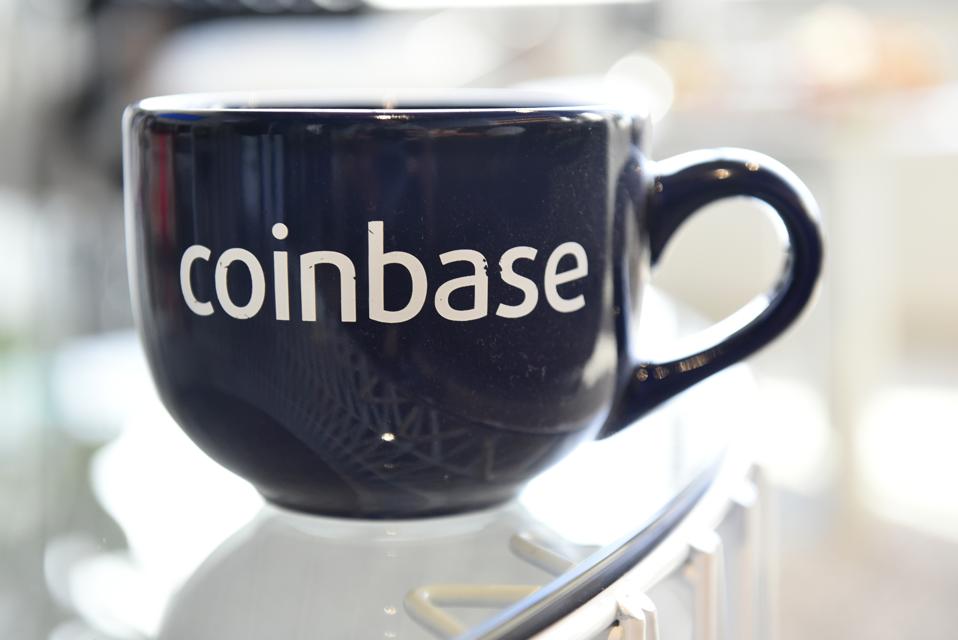 A branded coffee mug is seen at the Coinbase Inc. office in San Francisco, California, U.S., on Friday, Dec. 1, 2017. Coinbase wants to use digital money to reinvent finance. In the company’s version of the future, loans, venture capital, money transfers, accounts receivable and stock trading can all be done with electronic currency, using Coinbase instead of banks. Photographer: Michael Short/Bloomberg

The effect of this media boom is a major uptick in rumors that Coinbase will soon support XRP buying, selling, and trading on its platform. The widespread assumption is that if that occurs, a whole new crop of buyers will start investing in XRP.

For perspective, Coinbase is adding around 100,000 new users per day and recently surpassing YouTube as the #1 app on the Apple App Store. The recent addition of Bitcoin Cash, which caused a media frenzy on Dec. 19, demonstrates the weight Coinbase holds in cryptocurrency worldwide.

Many coins right now are bought and traded based on pure speculation—and there’s nothing wrong with that per se; it’s how many young altcoins with great ideas will flesh out their networks before they’re fully operational. But it also means that those currencies are backed almost exclusively by ideas and public belief in those ideas, which is a dangerous position to be in when something like yesterday’s drop comes into play.

Positioned as a multi-pronged solution for major financial institutions (which aren’t going away any time soon), Ripple is actually a useful product to its customers now—regardless of what it will or will not build in the future—and these customers happen to be some of the biggest financial institutions in the world. And it’s speed (4-second transactions) and low fees also make it appealing to general consumers.

This is also supported by how Ripple itself functions. XRP is a pre-mined coin, which has drawn criticism for going against the ethos of decentralization and the lack of mining opportunities that creates. Moreover, Ripple retains a full 20 percent of the total supply of XRP. While this too has upset some in the crypto community, it also somewhat immunizes it to the volatility we see in other coins. As Techno Rajji explains in an article written for Oracle Times last month:

Due to this limited number of XRP coins, the currency may continue to flourish or at least hold its ground in the future if crypto prices fall.

So, will the current growth rate last? Current market trends indicate that we’ve touched the nearest resistance barrier after $1 ($1.25). According to Sam Bourgi on Hacked, the next major resistance barrier is $1.50. Taking the past few weeks as an example, we might expect to see a few weeks of trading in the $1.25-$1.35 range to solidify the base before another big jump toward the $1.50 mark. Of course, that’s leaving out a sudden event such as a Coinbase announcement or a crypto market correction.

On the other hand, in “The Bear Case For XRP: Bitcoin Futures Edition,” Kyle Samani makes the case for a less optimistic view, questioning the long-term validity of XRP’s use cases against more a established coin like Bitcoin while acknowledging that XRP still might have a substantial amount of growth left:

We maintain our position: in the long run, we’re bearish on XRP. We simply don’t see any series of events that can occur that would cause financial institutions to voluntarily adopt XRP over the global reserve. Having said that, given the state of crypto markets today, XRP could keep pumping. There’s really not a good objective valuation model for XRP given the intrinsic velocity problem that it faces, so it could 5x before our thesis is reflected in XRP price movements.

Whatever ends up being the case, Ripple has proven itself as one of the most fascinating cryptocurrencies to watch. Stay tuned to “Crypto Watch” for up-to-date coverage of Bitcoin, Ripple, and other altcoins.

Ripple returns under $ 1. Will he be able to recover?

The Ripple quotation has returned below $ 1, recording losses even higher than those of Bitcoin and Ethereum. What prospects now? The quotation of Ripple has collapsed until it slipped back below $ 1, according to the data reported […]